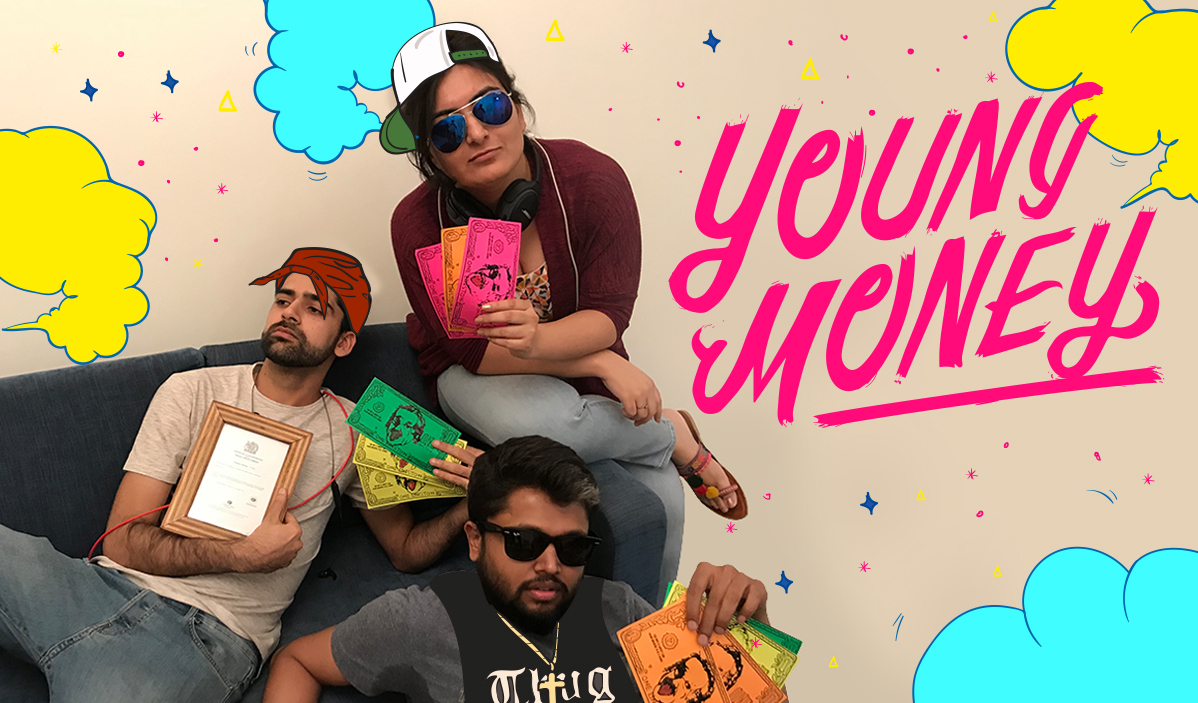 This year we redesigned Hokey Pokey’s packaging. Instead of a round, it’s a 3 sided tub with its own printing challenges. Upside, it stands out at retail by virtue of it’s structure. Folks at Hokey Pokey tested the tub from production to sales environment to see if the shape and the new colour stand stead from factory to freezer.

We could stop there as often branding does. But we wanted to showcase this interesting shaped ice-cream tub with every opportunity we had.

One such was a franchisee kiosk that was coming up in Gurgaon.

It seemed only natural for us to extend the tub identity to the kiosk.

At about 20% extra cost from a standard kiosk we had a branding element rather than just another point of distribution.

The project had it’s challenges but the output feels very worth it.

How do you reward good work? You dont. Good work is expected, especially in small companies like ours, if you’re not doing good, what’s the point, might as well roll over and exist in a real office with central air conditioning that makes your heart cold.

What about unexpected, brilliant, original work though ? Work beyond someone’s experience and skillset, work way beyond the sponsor’s expectation, work that has the potential of seeping the brand into culture ? That kind of work deserves special recognition.

At Rasta we’ve done some work like that in the past, not much to be honest but we’re now on course to doing just that kind. And when it happens it will be celebrated, in small and big ways.

So we’re thinking about how it can be rewarded. A pat on the back, an encouraging word or two, don’t put beer on the table. Buying gifts, movie tickets, throwing a little party, beers are all options but none as compelling as creating a currency. A currency pegged against the rupee, at least when you take it to Rasta Accounts.

The other thing is, we’ve always been surprised as to why someone like Einstein isn’t on currency notes, or for that matter behind desks at government offices .Think we can do better than idolizing politicians over genius’. In the words of Elvis, “a little less conversation a little more action”.

In the spirit of action we’re creating “Einstoin“, a currency to reward genius(ish) work at Rasta.

It’s got the iconic “Einstein sticking his tongue out” stamp and comes in neon colors, much like our Indian currency these days. We even have saffron to pretend that we’re cognizant of current cultural trends. And it’s been designed by our designer Teresa Sebastian, who we suspect has printed a few for herself ð 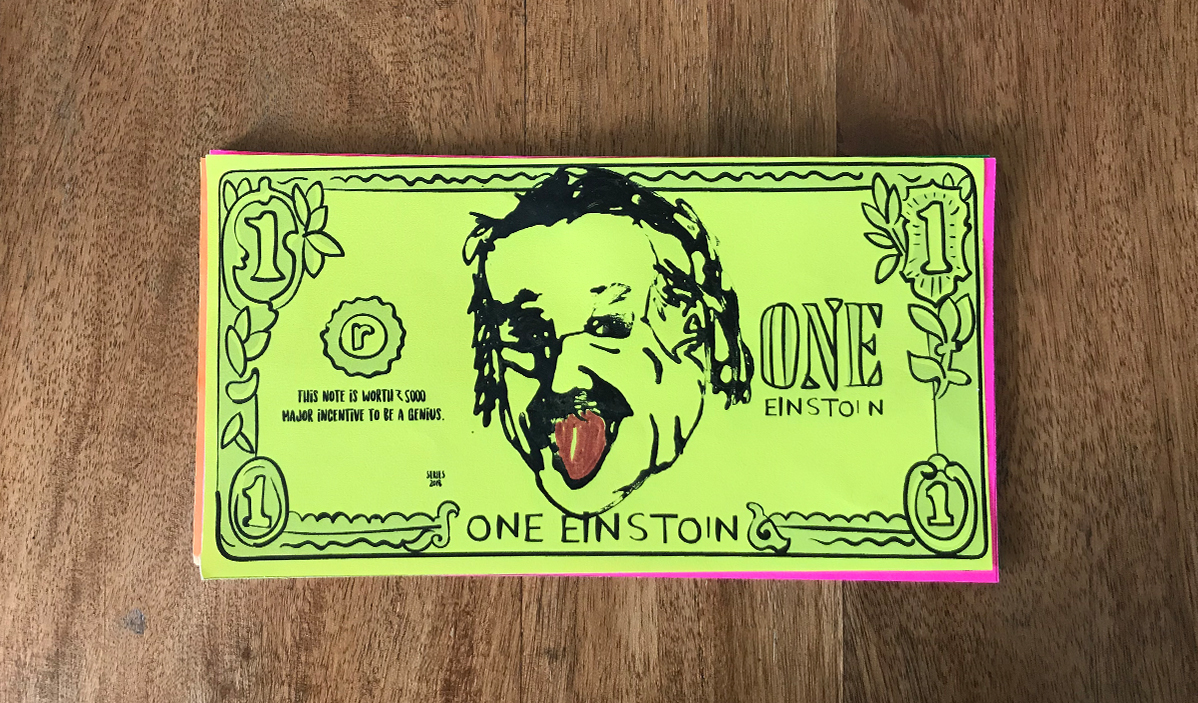